Why You Should Never use Styrofoam Insulation 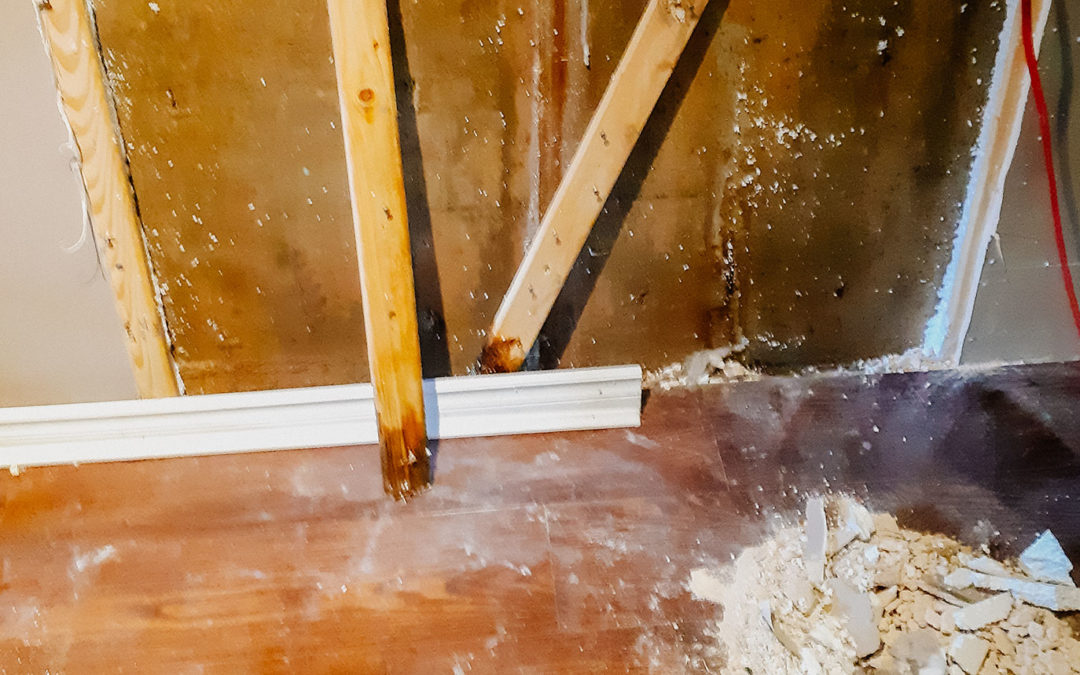 Unfortunately, these wet pieces of styrofoam had also developed mold on them. The wet, moldy styrofoam needed to be removed and the area cleaned. Ryan’s next steps will be to spray the affected area down with a mold killer, repair the crack through Wise Cracks,  and re-insulate. However, he won’t be re-insulating with white pebble styrofoam!

Reasons to not insulate with white pebble styrofoam in the basement

Insulation that absorbs water allows the leak to go undetected longer, and ends up affecting a bigger area due to “wicking.” So, Ryan’s next steps to avoid a moisture problem like this one is to insulate with the best moisture resistant alternative: 2lb closed cell spray foam. Spray foam insulation would have prevented the spread of moisture, as it does not retain moisture. Since it also contains no organic material, mold cannot grow on it. Since 2lb closed cell spray foam will not absorb moisture, it will also prevent wood structures from coming in contact with moisture.

"We'll huff 'n puff and blow your house in!"